This morning Hello Henley and the events team at Badgemore Park met up with cake goddess and all round lovely person, Kate from Dolce Lusso Cakes. Did we mention, we love our job?

Badgemore Park’s wedding team are always looking to add more wonderful Wedding Suppliers to their Little Black Book. To be honest, Kate didn’t need to bribe the team with her cake, she’s already ‘IN’ – but we all forgot to mention that to her, out of pure gluttony.

Our absolute favs? Prosecco cake (what’s not to like), the Carrot & Orange cake (sublime and succulent) – and the Passion Fruit cake (this slither of delciousness just WON Friday). 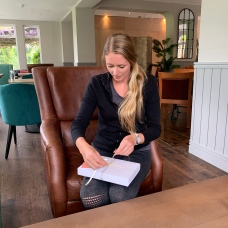 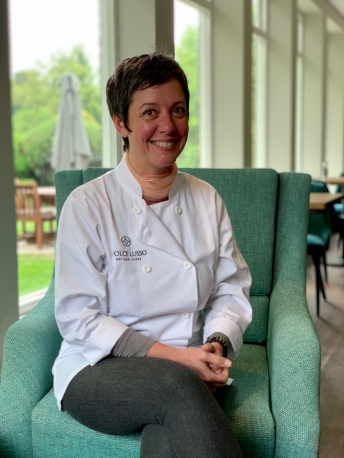 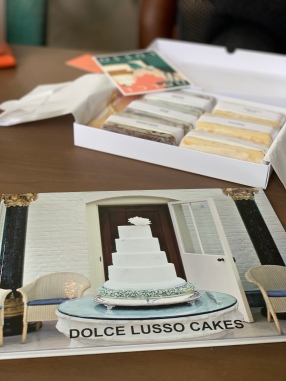 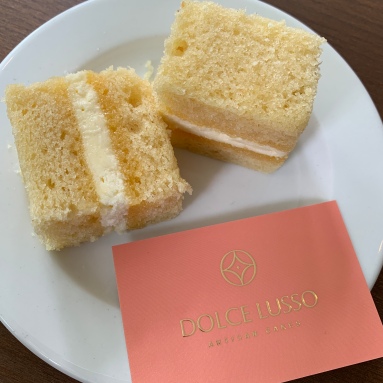 Today I’m like a little ray of sunshine. Why? It could have something to do with this… The Creative Communicator (Lizzie Owen) has been working really hard on the UK launch of this fantastic new product. I have been invited on board to manage the social media and assist Lizzie (very honoured!). If, like me, you suffer with SAD then here is the answer. The UK’s latest ‘super’ supplement for sunshine support. British Public Health reports 1 in 10 Brits are now deficient in vitamin D. If you think you might be one of these people then have a chat with your GP and check out www.oilensenvitd3.com 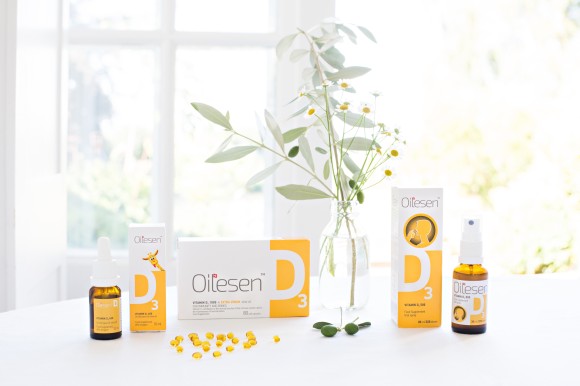 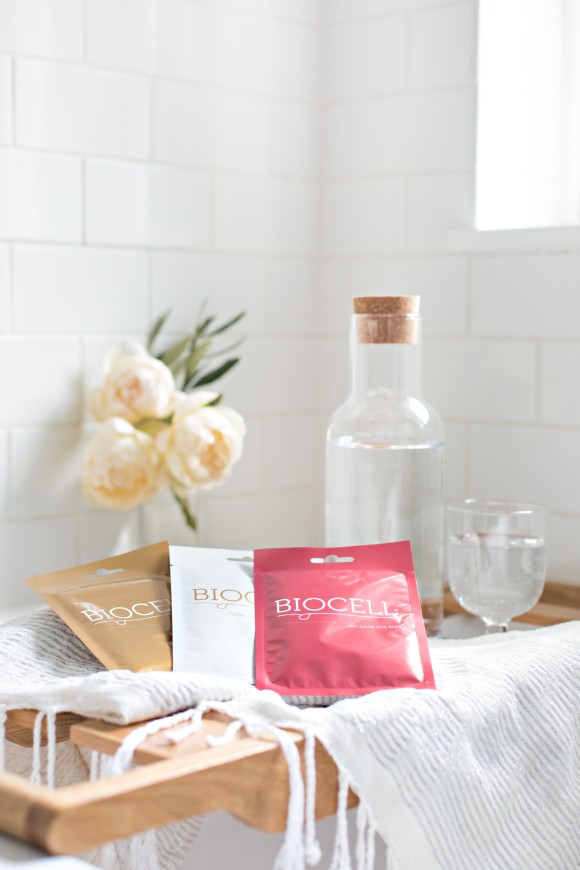 Once upon a time I was a beauty journalist. True story. So you can imagine my delight when the lovely Creative Communicator (Lizzie Owen) got in touch and asked Hello Henley to be part of the ‘dream team’ looking after the UK launch of the Biocell products. To say I’m excited would be an understatement. First call of duty, attending the Bora Aksu show at London Fashion Week. Love my job.

Oh, and just in case you were wondering, the products are amazing! 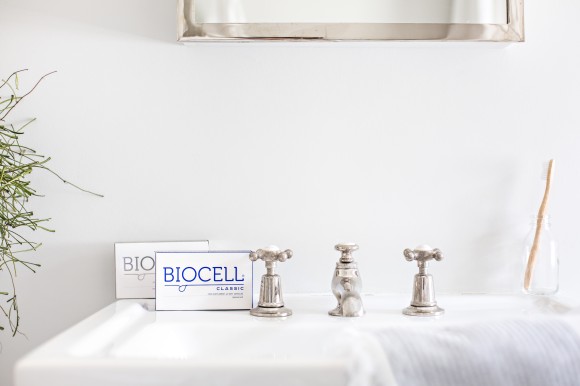 Another sunny day, another lovely client!

We’re super happy at Hello Henley. We were already big fans of Henley Decorators Ltd, and had always eyeballed their excellent paint jobs as we meandered around town. And now, we’ve been asked to get creative for them on Facebook and Instagram. We’re happy, they’re happy – and did we mention that the sun is still shining?! 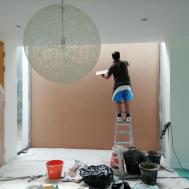 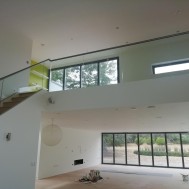 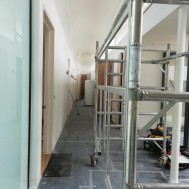 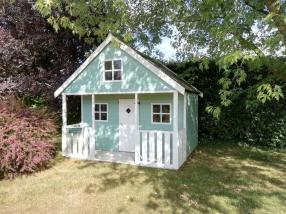 It seems like only yesterday we were at Marlow FM with Alistair Cooper MW talking all things grapes | booze | music with the lovely Mary Flavelle.

Yesterday we popped back there with another of our clients – Ian Reid (from Reids of Henley). Reids have recently opened a new store on West Street in Marlow (in addition to their flagship shop in Henley-on-Thames) and Hello Henley have been asked to raise their Brand Awareness. It was a great team effort, and we love working with Ian and the team at Reids. If you’d like to listen to Ian talking about his love of cars | music | his family then you absolutely can! Wrap your ears around Mid Morning Matters here (from 01.35.00):

Thanks again to all the lovely folk over at Marlow FM!

Mothers we salute you. It’s a tough gig.

Even tougher if you’re running your own business.

To be in with a chance of winning this bloody brilliant prize you need to share the best question your child has ever asked you. Good examples:

“Why don’t crabs have eyebrows?”

To enter simply visit our FB or Insta Page @hellohenley •

• You can only enter once

• You need to have a small business

• You need to be a mother 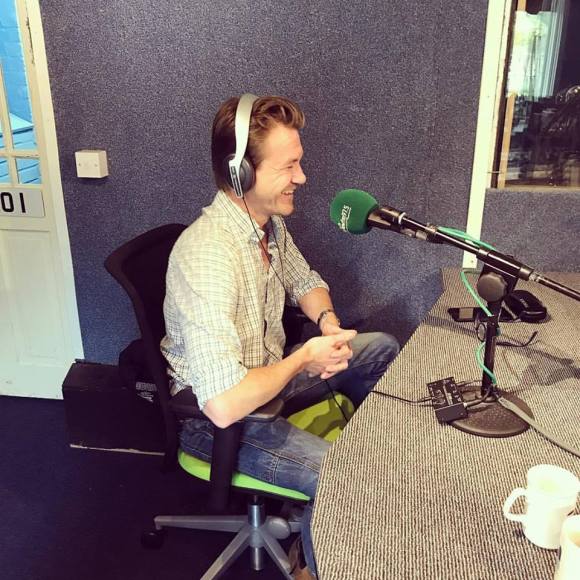 Tune in to Marlow FM (97.5) tomorrow morning at 11am to hear my client and Master of Wine, Alistair Cooper, talking to Mary Flavelle about his love of wine – and also discussing the new launch of Diving into Hampton Water – a rose, created by Jon Bon Jovi, his son Jesse Bongiovi and Gerard Bertrand.
https://www.cnbc.com/…/bon-jovi-and-son-launched-a-rose-win… 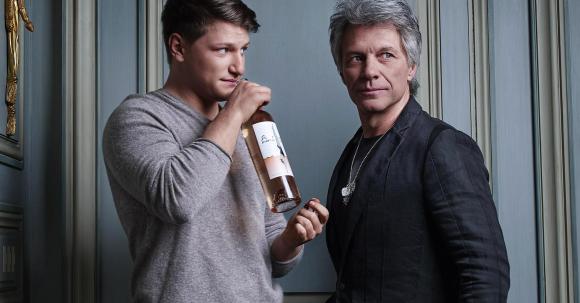 On Friday evening my partner and I were thrilled to join Ann Manning and a lovely bunch of her chums at Reading Town Hall for the Sue Ryder Women of Inspiration Awards, 2018. It is no secret that I nominated Ann for this award. But you might like to know why?

Up until six months ago I only really knew Ann as the Managing Director of MANNINGUK. Since then, I have added the business to Hello Henley’s portfolio of clients. It has been during this time that I have slowly become aware of some of the amazing things Ann does. Funnily enough, my discovery of all of this wasn’t from Ann herself, but from her Office Manager Jacquie Newport (who is also one of Ann’s best friends). Slowly, over time, I dug a little deeper and was awestruck by Ann’s generosity. The thing is, Ann doesn’t expect any thanks for any of the things that she does both in the Community and in her professional life. Quite often she will do something that no-one will ever know about until perhaps it is mentioned by someone else. I had been told that even at functions it saddens her to see someone on their own, and if she does she will always talk to them and introduce them to others. She is one of life’s “nice people”. Since Friday, I have also become quite aware of how many people care for her immensely.

But don’t just take my word for it. Here is the list of ‘Ann’s Work in the Community’.

Business Life: Ann started A Manning UK Limited in 1984. A Manning UK Limited trading as ManningUK is an Independent Insurance Broker. She decided to start the business so that she could offer a personal service to Corporate Clients both small and medium sized with a turnover of an average of ten million. Initially she only employed one member of staff however, since 1984 she has expanded the business such that she now employs 12. She takes a personal approach to the management of her staff and they all know that if they have a problem they can discuss it with her; whether that is work related or personal. She is a trusted Managing Director with a proven ability to motivate, train and develop staff and colleagues

Service to the Magistracy: Ann has been a Magistrate on the Reading Bench since 1988. As a magistrate she sits on the Bench regularly, and with her two colleagues, decisions having weighed up the evidence and circumstances relating to the offences before her. This she has done selflessly and with all the commitment and drive that one would expect from a person who is serving the Community. Since becoming a Magistrate she has served on a number of committees including the Licensing Committee, Bench Training and Development Committee and the Magistrates’ Courts Committee.

She was a member of the Bench Training and Development Committee from 1994 until the end of 2004. She did this for 10 years. As a member she was involved in the arrangement and monitoring of Supervised Sittings for New Chairman undergoing training. She was and is very supportive of her colleagues especially those that find it hard to qualify as a New Chairman. She spends many an hour explaining and supporting them both in the Courtroom and in the Retiring Room.

In 2001 became a representative on the Thames Valley Magistrates’ Courts Committee. She was a member of that committee until 2005 when Magistrates’ Courts’ Committees ceased to exist. As a member she attended monthly meetings where decisions were made regarding the courts and staff in the Thames Valley. Part of the role of a Committee Member was to make decisions in relation to the four key areas of management namely, staff, resources, information and operations. She was also member of the Magistrates’ Courts Thames Valley Health and Safety Committee where she had to ensure that the Health, Safety and Welfare of staff and magistrates was paramount. She advised on areas such Risk Management and Property Management.

For the last 10 years plus Ann has presided at the Attestation ceremonies for new police recruits at The Police Collage at Sulhamstead and prior to that at Reading and Abingdon colleges. At every attestation she speaks with all the new officers with encouragement and enthusiasm.

Service to the Community: Ann was a member of the Caversham Rotaract and assisted in a lot of fund raising activities, including a parachute jump. She served for five years as a Samaritan (1980-1985) offering support to people who were suffering from desperation and trauma. She was the first person to produce a local newsletter for the Samaritans.Ann has also recently become a member of the Shiplake Parish Council.

Ann supports many local committees and charities both personally and through her business. As Jacquie Newport adds, “She does this quietly and unassumingly in the background.”

On a personal level, I have also learnt that Art and Crafts whether that is viewing or participating is one of Ann’s passions. Her dream is to one day have her own piece of art hung at the Royal Academy. We can all have a dream!

So there we have it. I am so pleased I was able to nominate Ann, so that she can be recognised for the wonderful things she does. I’ve recently heard a few more tales of kindness – if I say ‘Angel at my Table’ does that ring a bell? Yes, that was Ann. But I shall leave that story for another day.

“I don’t know what to say? It was a privilege to be nominated and given the competition I really did not think I would win as I thought there were other more deserving nominees. When Ady started to read about the over 60s Club and Magistracy I thought ‘they are talking about me’. I was shocked on Friday and it still has not sunk in. I feel so honoured to receive this Award and thank you to the judges and everyone at Sue Ryder.” 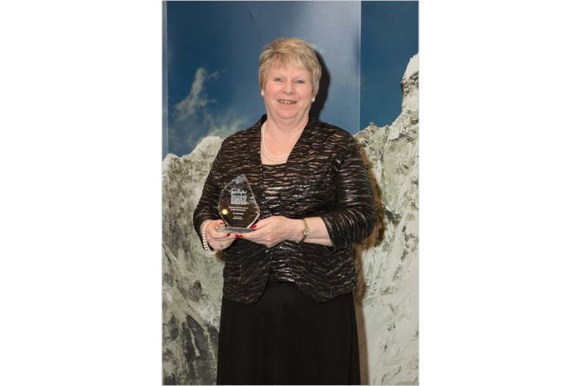 Exciting MarlowFM 97.5 Studios news!
We’ve booked two clients in with the wonderful Mary Flavelle on Mid Morning Matters for March. Tune in on Wednesday 7th March at 11am to hear Alistair Cooper MW talk all things grape. Then tune in again on Wednesday 21st March at 11am to hear Ian Reid of Reids of Henley discuss what it’s really like to lead a #drycleanerslife – both guests will be choosing their desert island discs. Hello Henley will be tagging along as the Lynne to their Alan Partridge.
www.hellohenley.co.uk